Derek Cianfrance reunites with Ryan Gosling for the hugely accomplished, generation-spanning drama THE PLACE BEYOND THE PINES. 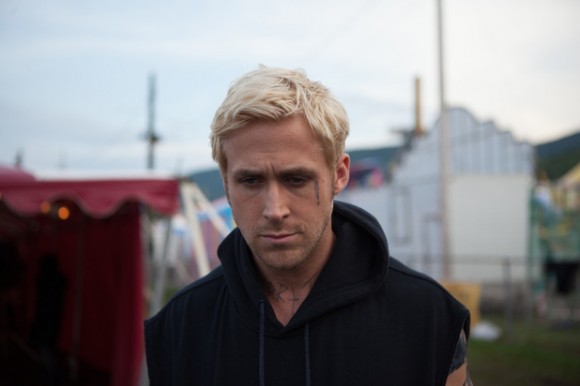 Ryan Gosling is without doubt one of the most incredible actors on screen today and his mesmerising performance in the first hour of Derek Cianfrance’s THE PLACE BEYOND THE PINES is some of the best acting of the year and will blow you away.

Writer/director Cianfrance forged a memorable partnership with Gosling in his first film Blue Valentine, a searing portrait of the rise and fall of a relationship, with Michelle Williams equally memorable as Gosling’s wife. Now, after that small character piece, Cianfrance gives us a vast, generation-spanning Greek tragedy of a drama with his new film that will leave you thinking about its characters and the choices they make long after it finishes.

Gosling is Luke, a motorcycle stunt rider for a circus. Adored by fans, he’s the star of the show but you sense his life is hollow and unfulfilled. After one performance, Romina (a vulnerable but feisty Eva Mendes) shows up – she’s a girlfriend of a year past, who’s drawn back to see Luke for reasons that are revealed by accident all too soon. What initially seems to be a simple reconnection between 2 ex-lovers, puts into motion a series of events that leads inexorably towards a tragic outcome. But beyond that, there’s hope that someone may have a better life, even if it takes another generation to realise.

When Luke discovers a responsible side of himself, he pledges to give up his circus life and create a stable one for Romina and his new baby son. However, another chance encounter, this time with the always superb Ben Mendelsohn’s idealistic Robin, sees him head down a path to robbery and violence. 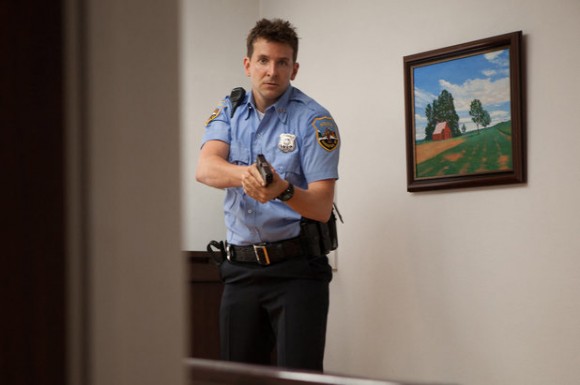 Bradley Cooper is Avery, a young cop finding his feet in what he soon becomes aware is a very corrupt police department. Butting heads with an intimidating Ray Liotta and a coolly acerbic Bruce Greenwood, you worry what will happen to him. With pressure from his dad (the always excellent Harris Yulin) and wife (ditto Rose Byrne) to leave his job and follow his legal training and become a lawyer instead, he rebels.

He feels he can make a difference as a cop and being the first one to respond to a call that the motorcycle rider who’s been robbing banks in the area is on the run in a quiet neighbourhood, brings him on a collision course with Luke that will have far-reaching consequences. This is great work from Cooper, who delivers another startling performance to follow his beautifully winning turn in Silver Linings Playbook.

That’s the set up to a story which I can’t reveal more of, for fear of ruining your discovery of this hugely accomplished piece of story-telling. What I can say is that Cianfrance is bold in his vision and is to be applauded for pushing himself with this movie to expand the stories he wants to tell onto a bigger canvas. The calibre of actors he brings together is testimony again to his talent as a writer and director and later on, in the story, we’re treated to another striking performance in Dane DeHaan‘s Jason – another Gosling in the making I think. Having also produced documentaries, there’s a rawness that seems to run through both this film and Blue Valentine – it can be uncomfortable at times but it pulls you in and won’t let go until the very last frame.

Having missed out on seeing this on its cinema release, I urge to discover THE PLACE BEYOND THE PINES as I did on the small screen – it loses none of its power and you’ll be riveted.

What could possibly go wrong when you’re The Front Runner?

Joaquin Phoenix – you’re so good at what you do

Breathe In – a superbly acted, intoxicating drama of connection

Seeking out the truth means you are The Fifth Estate