He likens improvisational comedy to chess and if that’s the case, STEVE CARELL is a grand master because whether the role is comic or dramatic, he’s brilliant.

With the release of Despicable Me 2 and the return of his wonderful animated creation, the super-villain/super-dad Gru, it’s a good point at which to look back over the work to date of STEVE CARELL. Although he shone to begin with in small comic roles in Bruce Almighty and memorably as Brick Tamland in Anchorman, he really burst into consciousness in a lead role as Andy in The 40 Year Old Virgin. But this fantastically versatile actor didn’t just have the skills for comedy, as we soon began to see. 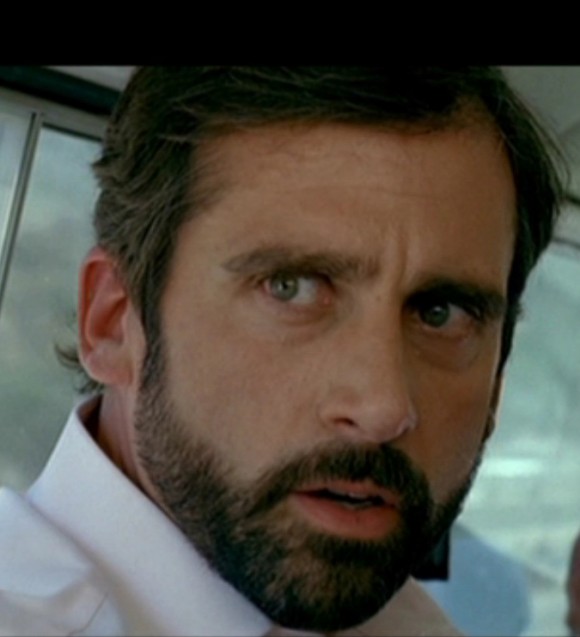 Since those early roles, as much as I’ve enjoyed his brilliantly funny turns in films like Dinner for Schmucks, Get Smart and Date Night and in TV’s memorable The Office – I really must catch his latest The Incredible Burt Wonderstone – I’ve also greatly admired his roles that hint at a darker, more serious side. There’s been the widowed dad romancing Juliette Binoche in Dan in Real Life and most stunningly as Frank, the suicidal brother in Little Miss Sunshine. CARELL also recently combined the best of both comic and dramatic elements for me as Cal, the husband learning to remake himself in Crazy, Stupid, Love.

So now as we get to enjoy more gorgeous Gru “shrink ray!!” and very soon more Brick in Anchorman 2, we can also look forward to his more edgy roles in the comedy drama The Way Way Back, playing Toni Collette’s less-than-nice boyfriend and the one I’m really waiting for, Bennett Miller’s new movie Foxcatcher, where CARELL joins a cast including Mark Ruffalo and Channing Tatum and portrays John du Pont, paranoid schizophrenic and killer of Olympic wrestling champion Dave Schultz. Wow. I think somebody just whispered Oscar.

Before that, have a read of one of the interviews he’s done recently for Despicable Me 2 here and enjoy some of Carell’s fabulously deadpan humour:

“You got to be pulling on my leg!”

The Secret Life of Pets = best teaser trailer ever

When a deal is make or break, who can you trust in A Most Violent Year?

The new everyman you need to call on is Matt Damon

What a lovely film 🎞 make sure you catch The Di

I would have loved to watch Wonder Woman 1984 in t

Until we can return to the cinema, watching epic m

This Man of Steel doesn’t just fly, he absolutely soars

Because these cookies are strictly necessary to deliver the website, refuseing them will have impact how our site functions. You always can block or delete cookies by changing your browser settings and force blocking all cookies on this website. But this will always prompt you to accept/refuse cookies when revisiting our site.